In keeping with SCU’s Catholic and Jesuit values Social Justice is part of an overall tradition of humanistic studies which prizes scholarship and creative work that advance human understanding, illuminating the most significant problems in society - especially those issues which affect its most disadvantaged members. This Social Justice themed scholarship series pulls together works by SCU scholars across all disciplines centered on the concept of fair and just relations between the individual and society across a broad spectrum of social issues.

We Wretched of the Earth: The Search for a Language of Justice, John C. Hawley

Aristotle, Kant, and the Ethics of the Young Marx, Philip J. Kain

Rousseau, the General Will, and Individual Liberty, Philip J. Kain

Mary Barton: The Inside View from Without, John C. Hawley

Locke and the Development of Political Theory, Philip J. Kain

Estrangement and the Dictatorship of the Proletariat, Philip J. Kain 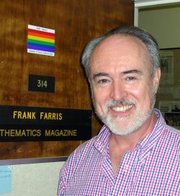