The Winter of My Desolation,' Conscience and the Contradictions of Atheism according to John Henry Newman,

Among the historic advances bringing into realization both the promise and the menace of the nineteenth century, Friedrich Nietzsche and John Henry Newman identified a momentous reversal in religious convictions. 1Something absolutely fundamental was dying. Both discerned an irretrievable decline in the religious confidence and doctrinal commitments that had for fifteen hundred years specified the character of Christian Europe and whose dissolution constituted now for the individual believer and for the religious culture of the West a defiant, even insurmountable crisis. Both recognized that this disintegration bespoke not another episodic appearance of chronic religious alienation nor the momentary revivification of an ancient disbelief. A profound cultural reversal, unique in Christian history, was claiming the nations of Europe. It was a revolution, gathering continual increase in its distinguished adherents as an educated skepticism about creed and denominational allegiances almost imperceptibly matured into an open and outspoken dismissal of any reality of God.2 Nietzsche and Newman foresaw that this denial was to break upon the subsequent century and eventually tell upon all the portions of what had once been Christendom.

Reprinted with permission under the CC-BY-NC-ND license. Reuse is only applicable for non-commercial purposes.

Buckley, M.J. (2008). 'The Winter of My Desolation,' Conscience and the Contradictions of Atheism according to John Henry Newman. In T. Merrigan & I. Ker (Eds.) Newman and Truth, Louvain Theological and Pastoral Monographs. William Eerdmans, pp. 67-109. 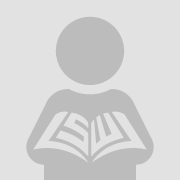