Burgstahler and Eames (2003) present evidence that analysts commonly anticipate earnings management to avoid small losses, but often incorrectly predict its occurrence. Here we consider whether the market's behavior mimics that of analysts. Our results suggest that analysts exhibit more forecast optimism in their zero earnings forecasts than in their other small earnings forecast levels, and markets exhibit less relative optimism at this point. At the 271-360 day forecast horizon, we find a reduction in the earnings response coefficient at analysts' zero earnings forecasts and interpret this as reflecting less optimism in market earnings forecasts than in analyst forecasts when analysts forecast zero earnings. This evidence is consistent with the market not following analysts in erroneously predicting earnings management to avoid small losses. We do not find similar evidence for shorter forecast horizons, suggesting that market and analyst forecasts converge towards the end of the year. Finding differences in market and analyst earnings forecasts in this loss avoidance environment raises the possibility of differences in a variety of earnings management and other environments, and sends a general note of caution in using analyst forecasts issued early in the year to proxy market expectations. JEL Classification: M41, G14, G24,

This is the peer reviewed version of the following article: Eames, M. and Kim, Y. (2012), Analyst vs. Market Forecasts of Earnings Management to Avoid Small Losses. Journal of Business Finance & Accounting, 39: 649-674, which has been published in final form at doi: 10.1111/j.1468-5957.2012.02289.x. This article may be used for non-commercial purposes in accordance with Wiley terms and conditions for self-archiving. 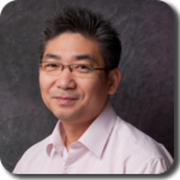